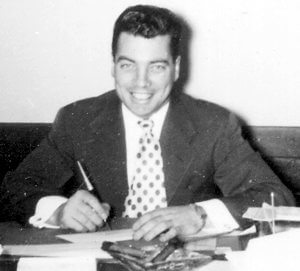 World War II had ended earlier in the decade, and returning vets either were starting families or returning to them. Catholic schools were going strong, but a sports program serving their youth folded in 1947.

A priest at St. Francis de Sales in St. Paul, Father Otto Neudecker, decided to run a sports league out of his parish and school.

He consulted Bob Doran, who had started St. Patrick’s Guild in his basement. They decided it was time to start an organization, and the Catholic Athletic Association was born in 1948.

Doran wasted no time recruiting the CAA’s first athletic director, John Hajlo. They had met in the Twin Cities, but Hajlo was now living in Chicago. With a little arm twisting by Doran, Hajlo brought his family back to the Twin Cities and took the job. 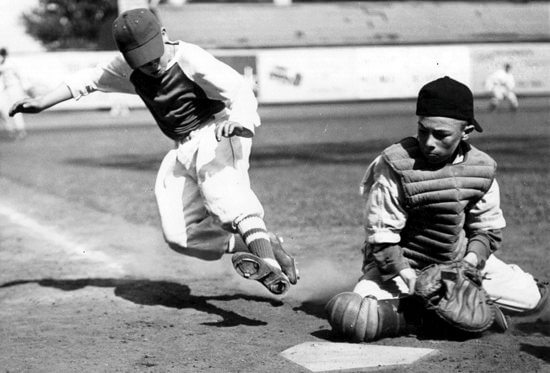 Both of those families are going strong in the CAA today, with Doran’s son Tim serving as the current president, Hajlo’s daughter Nancy Johnson serving on the board of directors, and Hajlo’s son Michael serving on the advisory board. Each family has extended its participation into the third generation, with Tim Doran and Nancy Johnson overseeing their children’s participation, plus doing some coaching along the way.

Not bad for a league that started with just a small handful of cash.

“They started from scratch; there was no money,” said Jim Pacholl, 87, one of those World War II vets who returned home to his parish of St. Francis after the war and started coaching the first year the CAA existed. He stayed at it for more than three decades, and coached the likes of Dennis Denning, a highly successful baseball coach at Cretin-Derham Hall (where he played) and the University of St. Thomas (where he also played).

“It’s helped over 750,000 kids over the years,” said Denning, 68. “And, it all started with a $37 check, with everybody volunteering just so that the kids could get opportunities to participate in athletics — plus, parents and coaches. And, it’s still going.”

Denning, who played baseball at St. Francis, was one of the first CAA participants to reach the professional level. He was drafted by the Baltimore Orioles after graduating from St. Thomas, and was working his way up the system when a man by the name of Paul Molitor altered his career path.

“I was teaching a phy-ed class in the fifth grade at St. Luke’s,” Denning said. “I was pitching and the ball came back to me and Molitor went home and we got him in a ‘hot box’ [rundown] . . . . So, I’m chasing him down and he stops on a dime.

Now, I’ve got to jump over him, and I broke my fall with my throwing arm. I broke my wrist.”

That was the end of his playing career, while Molitor went on to play in the majors for 21 years with three teams, including the Minnesota Twins, and was elected to the Baseball Hall of Fame in 2004. 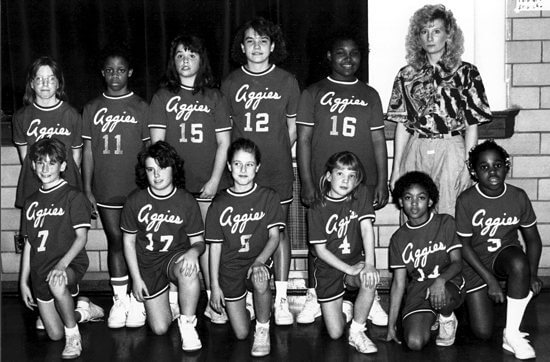 Stories around the table

But Denning tells the story today about his broken wrist with no regrets. In fact, he talks about his playing days, the CAA and more when he joins a group of nine other men with league connections every Wednesday at DiGidio’s on St. Paul’s West Seventh Street.

Those wanting to know CAA highlights that span 65 years need only come to the restaurant and grab a chair at the large table where these men have been sitting on Wednesdays for the last 25 years.

Pacholl, for one, can tell you all about Father Neudecker, a rugged German priest who had a love for both music and boxing. He was absolutely tireless in his push to help the CAA grow.

“Father Neudecker [who died in 1990] was the hardest working man I’ve ever seen in my life,” Pacholl said. “Twenty-four hours a day was not enough for that man. . . . He never slept.” 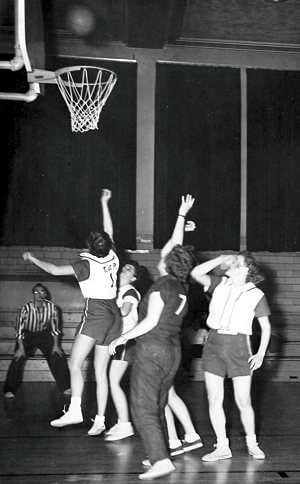 Another CAA participant who recalls Father Neudecker’s passion is Ken Markwardt, who got involved in the CAA in 1953. He did accounting work at St. Patrick’s Guild at that time, and Bob Doran recruited him to help with finances. Now a trustee, he has served on the CAA board of directors and as treasurer.

He also got into the boxing ring when Father Neudecker started a boxing program in the 1950s.

“We had at least 10 kids in the boxing program at St. Francis,” Markwardt, 85, said. “And, Father Neudecker would spar with them. How can you hit a priest?”

He still wonders what happened to the ring that took six months to build.

Statistics on the CAA are as elusive as that old St. Francis boxing ring. Part of the problem is that some of the administrators and coaches have been around so long that the details have been internalized more than officially recorded. Lots of ideas and information were hand scribbled on napkins and notepads in those early days, a far cry from today’s digital technology.

Bottom line: If it’s history you want, then you have to get it the old-fashioned way by talking to those who lived it.

Markwardt and two of the members of the Doran family, Tim and his brother Mike, recently sat down at a restaurant next door to St. Patrick’s Guild and spilled their knowledge of CAA history, having lived much of it themselves.

They talked about the music program Father Neudecker formed in the 1950s, which was one of the more interesting decades of the CAA’s 65-year existence. Ken and his wife of 63 years, Bernice, raised their five children in White Bear Lake after moving there in 1950, but that did not put them out of Father Neudecker’s reach.

“He gave my oldest boy his alto clarinet,” Markwardt said. “Father Neudecker was as much of a musician as anyone. He majored in music at St. Thomas.”

Unfortunately, the music program was short-lived, starting and ending in the 1950s.

Another intriguing program that got started in that decade was the Boys Worker Program, which was designed to help young boys get out or stay out of trouble with the law.

Dick Mulcrone was hired as its first director, then Joe Azzone replaced him several years later.

“I think it kept a lot of those kids on the straight and narrow,” Markwardt said. “Dick and Joe were great guys — no nonsense. Those two guys had a big influence on those kids. Joe would take them to the gym at the Public Safety Building and get them into boxing.” 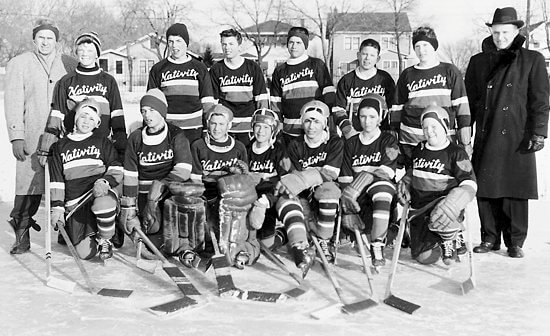 The CAA has offered just about every sport there is over the years, including bowling. Current athletic director Mark Courtney, who came on board in 1977, says there has been talk of starting lacrosse next spring.

The sport has caught fire in Minnesota in the last five to 10 years, and the CAA is hearing requests from schools to start a lacrosse program.

Over the years, the CAA has been able to keep up with trends in sports and the overall interest of its participants. Leaders have always stated that the goal is not to produce highly skilled athletes who go on to play in college and the pros — although a number of them have done just that — but, rather, to give every interested child the chance to play sports.

That philosophy led the CAA to provide more opportunities for girls. The landmark federal legislation, Title IX, mandated equal opportunity for girls in sports, but the CAA didn’t wait until it was passed in 1972 to serve Catholic girls in sports. 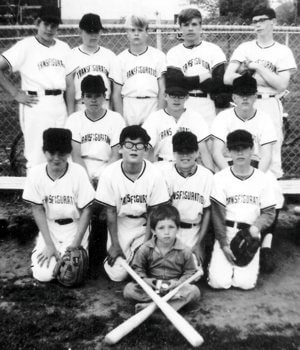 “They were way ahead of that,” said Mike Doran, who helps run St. Patrick’s guild with Tim and has been closely involved with the CAA over the years. “There was kind of an explosion of girls sports and the CAA was right there. The seed of it started in the 1950s.”

Unfortunately, Bob Doran didn’t live to see the passage of Title IX. He died of cancer on March 15, 1971 at the age of 48. But, by then, the CAA was running smoothly, and it continued to build on the foundation he had laid. And, make no mistake — the CAA had Doran’s fingerprints all over it.

“I think the CAA and Bob Doran in those early years were synonymous,” said Mike Doran, who has been on the CAA board since 1983. “It was his baby. He really loved the organization. . . . He had a lot of ideas. He made it fun.

“He left a big void. The board really had to step up and be the glue to hold it together.”

And, hold it together they did. During the turbulent 1960s and 1970s, the CAA remained steady, despite eventual downturns in school enrollment. Even today, the CAA, which has no formal ties to the archdiocese, always looks for ways to stay healthy and continue to offer opportunities for grade-school youth.

Second, the geographic reach has been extended, to Minneapolis and its suburbs on the west (four schools) and Wisconsin on the east (four).

This expansion suggests that the CAA will be around for a long time. And, that’s good news for thousands of grade school kids waiting for the day when they will put on their school uniforms.

“I think it’s going great,” said Courtney, one of only six athletic directors in the CAA’s history. The others were Hajlo, Bill Ivory, Tom Perrault, Tom Gallivan and Tom Cotter.

“The program’s doing well,” Courtney said. “We’re sound financially. I think things are going pretty well. I don’t have any suggestions [for improvement].”


Photos are from throughout the years of the CAA
Source: Dave Hrbacek - April 25, 2013